Menstruation is a necessary procedure of the female reproductive system. It’s a monthly event where the female body discharges menstrual blood and tissues from the uterus through the vagina. During the monthly menstrual cycle, which is around 28 days, a female body goes through hormonal (estrogen and progesterone) fluctuation. The body prepares itself for the stage of pregnancy. 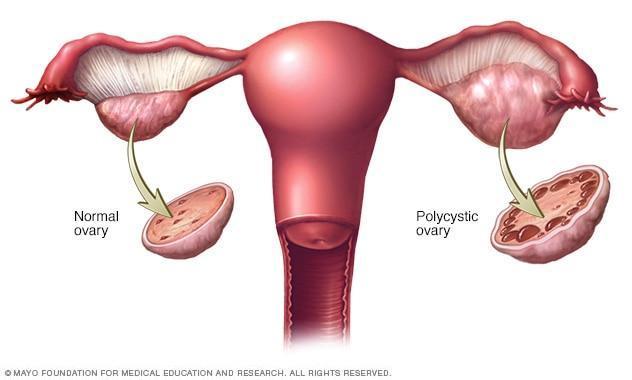 Ovulation is a process during each cycle where the ovary releases an egg for fertilization. Unless the egg is fertilized by sperm, it will be discharged through menstrual blood at the beginning of menstruation. This is how a regular menstrual cycle functions based on balanced reproductive hormones.

However, there are specific reproductive health issues caused by the imbalance of reproductive hormones. PCOS is one of them, which leads to infertility and the development of cysts (tiny fluid-filled sacs) in the ovaries.

PCOS, also known as Polycystic Ovary Syndrome, affects 1 in 10 women of childbearing age.  PCOS can have an impact on metabolism as well as on hormonal balance. The symptoms can affect their appearance as well as health.

PCOS is also responsible for common and treatable infertility. PCOS disrupts the mechanism of ovaries to produce eggs. Due to PCOS, the egg doesn’t get much developed. As a result, it can’t maintain the basic form; thus, it cannot be discharged during ovulation.

Risk of PCOS on Women:

Five to ten percent of women between teen to middle age have PCOS.  During the 20s and 30s, most women suffer from PCOS and have issues regarding pregnancy and go for a consultation with a doctor. However, after puberty, at any age, one does have PCOS.

The actual causes behind PCOS are still unknown.  Experts believe that several factors play a role, such as imbalances of androgen and insulin hormone.

Insulin hormone is responsible for transforming the absorbed food into energy. When the body cells don’t respond to insulin, it leads to insulin resistance, and thus the insulin level in the blood increases. Women with PCOS predominantly suffer from this insulin resistance, especially those who are overweight or suffering from obesity, maintaining unhealthy diet plans, neglect physical activity, and may have a family history of diabetes.

There’s no specific cure for PCOS, but several measures can be implemented to reduce the symptoms. Healthy eating habits and regular physical activity can help relieve PCOS-related symptoms.